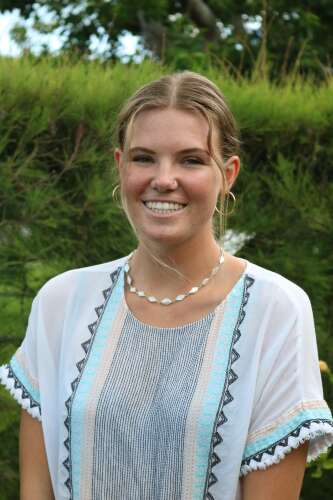 A group of environmental science students have seen their hard work rewarded with scholarships from the Bermuda Zoological Society.

Ms Alexander, who will be studying climate change at University College London in the UK after graduating from the University of Bristol, said it was an honor to receive the award.

She added: “I would like to thank the scholarship committee for selecting me, as climate change is a very important global issue.

“I hope to use these degrees to be part of a positive change in Bermuda in regards to our carbon footprint as well as adapting and mitigating the impacts of climate change on the island.”

Ms Murdoch, who is studying for a degree in environmental governance at the University of Guelph in Canada, said she looks forward to studying on campus after a year of distance learning.

She said: “It has not been an easy year for anyone; thus, I am extremely grateful for the opportunity to hold this award.

“I am delighted to learn more about environmental governance to make meaningful changes when I return to Bermuda. “

Ms Zuill, who is set to graduate with a coastal environmental science degree from Flagler College in Florida next May, said she was grateful for the help.

She said: “This donation will be of great help in my final year of studies.

“I would like to thank the scholarship committee for this, as it will alleviate my financial worries and allow me to focus on my studies.”

Ms Kermode, who intends to complete her final year of college and earn a master’s degree in marine biology, said her ambition is to educate other young Bermudans about the ocean.

She added, “I’ve been involved with BAMZ since I was a junior volunteer at age 15, and their continued support during my senior year of college and in my future endeavors made a huge difference.

The Steinhoff Fellowship Program, created by former BZS president Bob Steinhoff, has awarded more than $ 150,000 since 2009.

Several students have returned to the island to give back through conservation and research programs.

The Pye Prize, named after John and Karen Pye, typically provides financial support for a summer internship at the Bermuda Aquarium Museum and Zoo, but it has been decided that the prize will be used this year to help a Bermudan student study at abroad.

Colin Brown, BZS President, thanked the Steinhoff and Pye families for their support for environmental education.

He said, “Without them this scholarship and award would not exist, nor the opportunity to help academics who dedicate their post-secondary education to environmental causes.

“Our four recipients this year are exceptional and have impressed the committee with their academic excellence and perseverance towards their goals. “