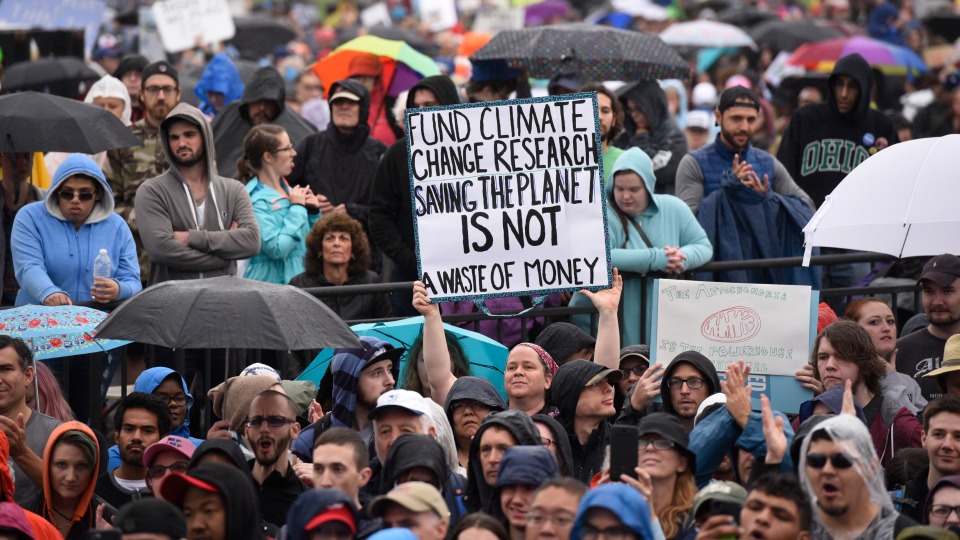 “Our obligation as scientists [is] to ensure that we are fighting the good fight and that the fruits of science are not monopolized by the powerful and the elite. — Richard Levins

Three scientists associated with the United Nations’ Intergovernmental Panel on Climate Change (IPCC) are discouraged. New Zealanders Bruce C. Glavovic and Timothy F. Smith and australian Iain White criticize governments for not doing enough to fight climate change. They call on fellow scientists at the IPCC to stop conducting research on climate change. “No more scientific reports, another set of graphs,” exclaims Glavovic; “I mean, seriously, what difference is it going to make?”

Once atmospheric warming exceeds 1.5 degrees Celsius above 19th century levels, the changes will be irreversible. The increase so far is 1.1 degrees Celsius. Surveyed, 60% of scientists working on an earlier IPCC report agreed that temperatures would rise nearly 3% by the end of the current century.

The three scientists released a statement in Climate and development in December 2021. They pointed out that “indicators of adverse global changes are increasing year by year. …[T]he time has come for scientists to accept a moratorium on climate change research as a means of first exposing, then renegotiating, the science-society contract.”

Climatologists have contributed to the general awareness of the population on the problems. Many people understand that fossil fuels, when burned, generate gaseous emissions which, in excess, cause atmospheric warming. Many people are more or less aware that as consumption and industrial production increase, emissions also increase. In their appeal, the three protesting scientists are indeed addressing the public and politicians, as if to trigger a movement of resistance within society.

There is a side story that has yet to resonate. Capital needs to create new wealth to survive. This only happens as long as production and consumption increase. Therefore, with capitalism in control, increasing emissions is a side issue.

This is why these three scientists who seek to renegotiate a science-society contract are spoiling for a fight which, in essence, is anti-capitalist. Unsurprisingly, the prospect is slim of allies flocking to their cause, whether from the scientific community or the public sector. But of the two, scientists may be more receptive. The following is an overview of the potential for collaboration between scientists.

Normally, scientists don’t need a supporting cast. They often generate information that is applauded, for example, search results that contribute to high-tech consumer items. Even the science behind weapon crafting gets a pass.

The public praises most scientific research involving natural and biological processes, including the search for vaccines, new therapies for cancer or inherited diseases, and the development of antibiotics. For example, advances leading to antibiotic treatment of streptococcal infection led directly to the eradication of terrible conditions of the heart valves, joints and/or brain. Everyone took advantage of it.

But something has gone wrong in other health care situations. Scientific findings have not been implemented, or only partially. Population groups have been excluded, in line with decision-making at the highest levels of government and society. When it comes to the climate crisis, everyone is excluded.

Scientists have found that ingested lead interferes with enzyme activities and thus injures children’s brains and causes other disastrous conditions. In 2014, the mostly black population of Flint, Michigan learned that their drinking water contained high levels of lead. Eight years later, lead levels are down, but still potentially toxic. Epidemiologists say there is no safe level of lead in a child’s blood.

The high death rates of African American infants are an abomination. Specialists from many disciplines have long shown how babies stay healthy. Their mothers should be healthy, well educated and well fed. Prompt access to competent health care for mothers and babies is essential. But African American babies have long been dying at rates two to three times higher than white babies.

The similarities in methodological approach are a basis on which scientists collaborate to develop common projects, allowing the general population to understand the role of science in society and strengthening the implementation of research results.

Scientists in the Marxist tradition look for connections and commonalities. According to historian Helena Sheehan, “The history of Marxism in relation to science is extraordinarily dense and dramatic. From the start, Marxism took science very seriously, not just for its economic promise in building a socialist society, but for its revelatory power in understanding the world. Marxism has made the strongest claims of any intellectual tradition before or since on the socio-historical character of science.

Karl Marx and Frederick Engels incorporated findings from the physical and biological sciences into their political analyses. Meet Marx:

“capitalist production, by gathering the population in the great centers, and by causing an ever increasing preponderance of the urban population, on the one hand, concentrates the historical driving force of society; on the other hand, it disrupts the circulation of matter between man and the soil, that is to say, it prevents the return to the soil of its elements consumed by man in the form of food and clothing ; it therefore violates the conditions necessary for sustainable soil fertility.

Here, Marx discusses political power, changing modes of production, human migration from the countryside to the city, and the lack of organic waste once produced by animals and people, which explains the reduction in fertility. soils. His point of reference is the fence movement in 19th century England. The wealthy bourgeoisie bought land, created large plots and surrounded them with walls and fences to allow animals to graze. Villagers and rural dwellers, now deprived of animals and land and unable to feed themselves, moved to cities and became factory workers.

This sequence of developments which Marx called “metabolic flaw.”

In developing his analysis, Marx enlisted the help of the scientist Justus von Liebig, who studied agricultural chemistry and plant growth.

Marx said that “man lives from nature, that is to say: nature is our body, and we must maintain a permanent dialogue with it if we do not want to die. And “the physical and spiritual life of man is linked to nature…man is part of nature”.

Frederic Engels was a kindred spirit. He asks:

“What is the Spanish planters in Cuba – who burned the forests, the mountain slopes, and obtained from the ashes enough fertilizer for a generation of highly profitable coffee trees – do you care that the tropical rains then washed away the now unprotected top layer of soil, leaving behind only bare rock? In relation to nature, as to society, the current mode of production is mainly concerned only with the first tangible success. … So at each step, we are reminded that … [we]belong to nature and exist within it.

We propose that scientists who study natural phenomena and processes are ripe for collaborative relationships with social scientists, including Marxist scholars. As noted, they share similar methodologies, and most of them are dedicated to human well-being. A growing number of scientists, of both types, are most likely willing to accept that a link runs from the accumulation of wealth to steadily increasing production, rising emissions and atmospheric warming.

Along with the public, scientists must realize that capital is bound to make peace with global warming, no matter what disaster lies ahead. Aware that their research encroaches on human lives, some scientists may turn to political activism.

Influenced by the deepening climate crisis, these social scientists receptive to Marxist analysis would become increasingly familiar with issues involving the biological and natural sciences. We envisage a collaboration between different types of scientists and even a common struggle in the political arena. Anticipating the new society, revolutionaries in the ranks of scientists, acting together now, would get a head start in building scientific institutions to serve the people.

The discussion here of social transformation is incomplete without defining the political role of workers. They are the protagonists of coming change and rescue during the climate crisis. The desperate situation now has an urgency and a scope that goes far beyond the burdens that fall specifically on the working class, such as economic exploitation and plunder. Today, the entire population of the world may be sinking into ruin.

Yet, in the past, the working class has shown itself capable of carrying out social revolutions in other circumstances of general disaster. This time, the working class, organized and motivated, could take the lead in the climate crisis while brandishing, as before, a kind of global demand. In the Cuban and Chinese revolutions, the working class called for national liberation; in the Russian revolutions of 1917, for “peace, land and bread”.