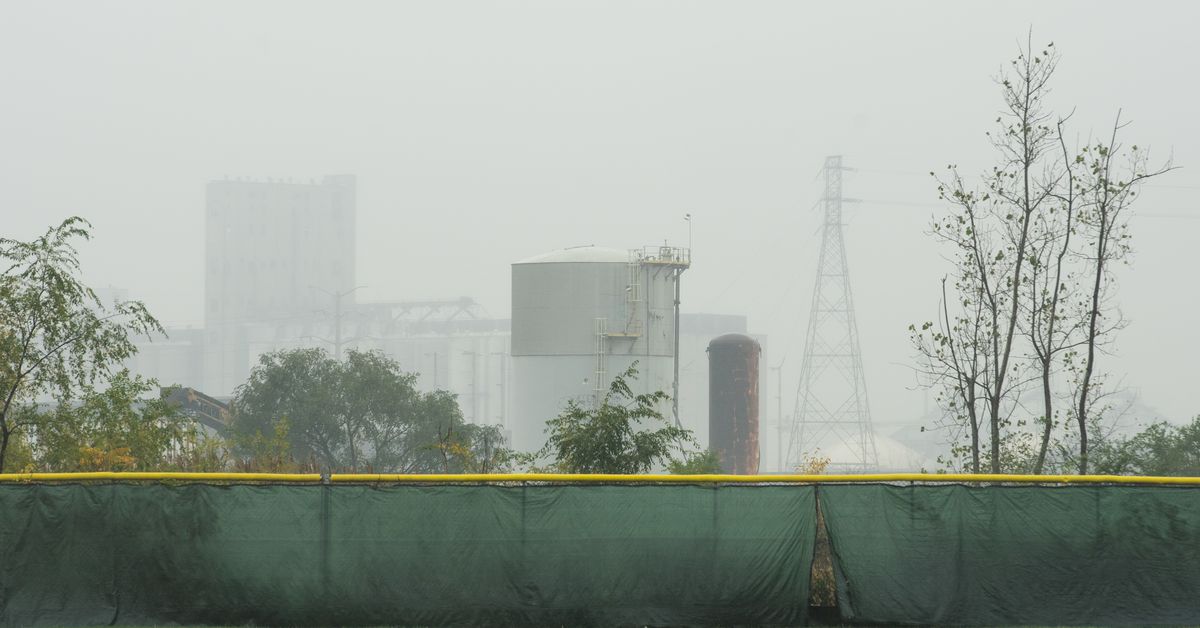 We agree with the Sun-Times’ recent editorial on General Iron that something needs to be changed so that future decisions regarding pollution and environmental justice can be made more quickly and with the residents affected in mind.

As the editorial noted, the proposed relocation of the General Iron recycling facility from Lincoln Park, a predominantly white neighborhood, to the predominantly Hispanic / Latinx and black Calumet industrial corridor sparked a public outcry. and inspired a month-long hunger strike. by several residents in protest.

While we are glad that Mayor Lori Lightfoot and US EPA Administrator Michael Regan finally listened to community members who fought to stop Project General Iron, the proposed facility is the most recent of a long series of environmental injustices along the Calumet River that need to be addressed.

SEND LETTERS TO: [email protected]. Please include your neighborhood or hometown and a phone number for verification. Letters should be around 350 words or less.

To do this, our organizations, in partnership with Calumet connection, recently released six policy recommendations for Chicago as it reviews zoning to improve public health and address environmental injustices for residents living near the Calumet industrial corridor. They understand:

We urge Mayor Lightfoot to heed these recommendations as the city reassesses the real impact the General Iron relocation would have on residents of the Calumet industrial corridor. This is an opportunity to set the bar high for future generations. After decades of struggling to prevent new sources of pollution and clean up existing ones, the southeast side deserves no less.

I agree with much of Bob Angone’s letter on Tuesday. Many police officers are heroes. They put themselves in danger to protect others. But if it is true that “no one hates bad cops more than good cops.” And the overwhelming majority of cops (are good cops) ”, so why so many falsified accounts of what happened in the Laquan McDonald case and so many others like that?

Justice was only served in this case because there were video recordings. It was the same with George Floyd.

We must mourn both the police when they are victims of violence AND victims of police violence. And we must all work to reduce violence on both sides.

Why can’t we do both?

What’s in a good newspaper

If ever the relevance of healthy local newspapers could be so clearly demonstrated, it was in the content of the Sun-Times on Monday and in the impending takeover of Chicago’s other major newspaper by a group known to care primarily about its results. .

In a few publications like the Monday edition of the Sun-Times, would you see an appeal as well-motivated as David Roeder’s appeal to Chicagoans with deep pockets to save his rival from buyers whose goals threaten his integrity; Neil Steinberg’s tribute to cartoonist Bill Mauldin, urging readers to visit a local museum to see his realistic depictions of WWII soldiers in the combat zones on display; and an editorial urging government and businesses to act quickly to upgrade their cybersecurity defense systems.

Another in-depth coverage included Laura Washington’s reminder of a time she was too young to witness, in which a North Side nightclub owner provided a scene where very talented black performers could be seen by one. influential audience; a long article by Zac Clingenpeel on a brave boy from the Lincoln Park area who must rely on organ transplants to stay alive; Tom Schuba’s coverage of downtown protests in support of the Palestinians; and a report by Schuba and Sophie Sherry of police gunned down on the West Side, apparently by a gunman whose previous shots drew them to the scene.

Also in Monday’s newspaper, you found Fran Spielman reporting on Chicago’s re-election prospects, among an extraordinary array of issues she regularly covers at City Hall.

A handheld device can never convey the depth of information that citizens clearly need to stay honestly and fully informed.