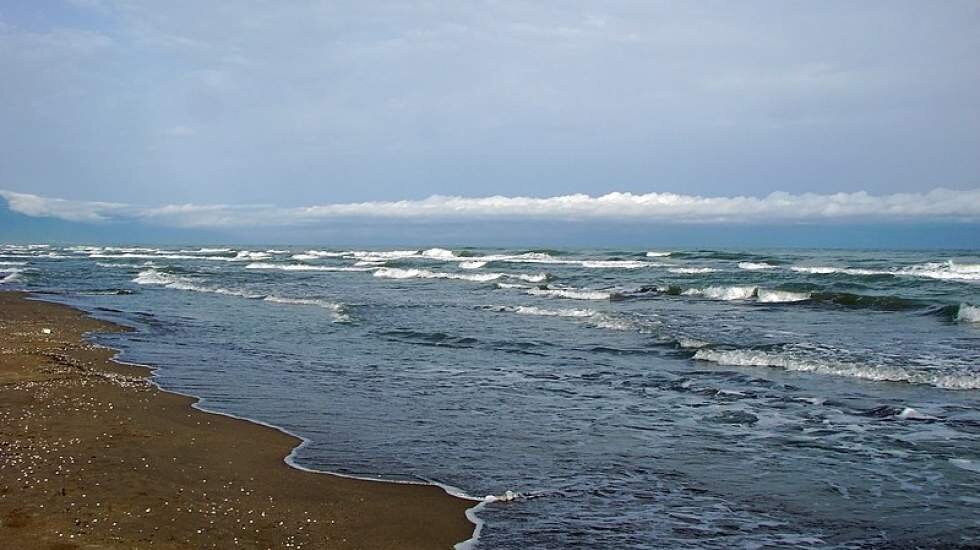 Heavy burden of environmental problems on the Caspian Sea

TEHRAN – As we celebrate National Caspian Sea Day every year, the precious body of water is still struggling with environmental issues such as oil pollutants, sewage and leakage of petroleum products from coastal countries.

Caspian Sea Day is held annually on August 12, with the aim of raising awareness of the environmental ramifications of human interference with this precious ecosystem.

The day marks the Framework Convention, also known as the Tehran Convention, signed by the official representatives of the five Caspian coastal states, namely Azerbaijan, Iran, Kazakhstan, the Russian Federation and Turkmenistan in Tehran on November 4, 2003.

The Caspian Sea is the largest enclosed body of inland water on Earth by area. It is bounded by Kazakhstan to the northeast, Russia to the northwest, Azerbaijan to the west, Iran to the south and Turkmenistan to the southeast. The sea has an area of â€‹â€‹600,384 square kilometers and a coastline of 7,000 kilometers.

Home to 400 aquatic species and holding the third place in terms of oil and gas reserves under its bed after the “Persian Gulf” and “Siberia” has doubled the value of this basin, while sturgeons are the most important inhabitants Lake.

Researchers believe that 80% of the pollution of the Caspian Sea is related to the flow of water from the Volga and other western rivers of the Republic of Azerbaijan.

The frequent oil spills in the coastal areas of Azerbaijan and Kazakhstan, the entry of waste from more than 40 factories and refineries into the sea, the decline and extinction of aquatic species in the Caspian Sea since 1990, are among the main challenges facing the Caspian Sea. .

The National Institute of Oceanography and Atmospheric Sciences has conducted extensive studies in this watershed, including more than 10 research patrols in the Caspian Sea, certification and establishment of ” a trusted laboratory of the Ministry of the Environment, identifying high-risk points for breaking waves on the shores of the sea.

In addition, the sampling of bed sediments in the deep waters of the southern Caspian basin, the publication of over 80 scientific papers on the Caspian Sea, the study, measurement and modeling in Gorgan Bay and the presentation of scientific and executive solutions for the sustainability of its ecosystem and more than 70 research projects in the southern part of the Caspian Sea are other actions of the researchers of the Research Institute.

Ahmad Reza Lahijanzadeh, deputy head of the Department of the Environment (DOE) for the marine environment, said in August 2020 that waste management in the Caspian Sea is on the brink of crisis and seriously threatens the sea environment. .

In addition to waste, leachate enters the sea through rivers or precipitation, and because the severity of leachate pollution is very high, it poses a serious threat to the marine environment, he said. lamented.

Noting that the discharge of urban and rural wastewater into the sea is another problem that the Caspian Sea is grappling with, he clarified that a number of towns in the northern provinces also do not have a plant. wastewater treatment.

Stating that plastics and microplastics are among the issues that may threaten humanity over the next 10 years, he noted that erosion makes microplastics from plastic waste, and 70 percent of them they are transferred directly to the seas, and can therefore enter the aquatic and human food cycle, causing damage to human health and marine biodiversity.

The Caspian Sea will be smaller in the future

The rising trend in the surface temperature of the Caspian Sea, especially in recent years, has been one of the factors affecting the reduction in water level.