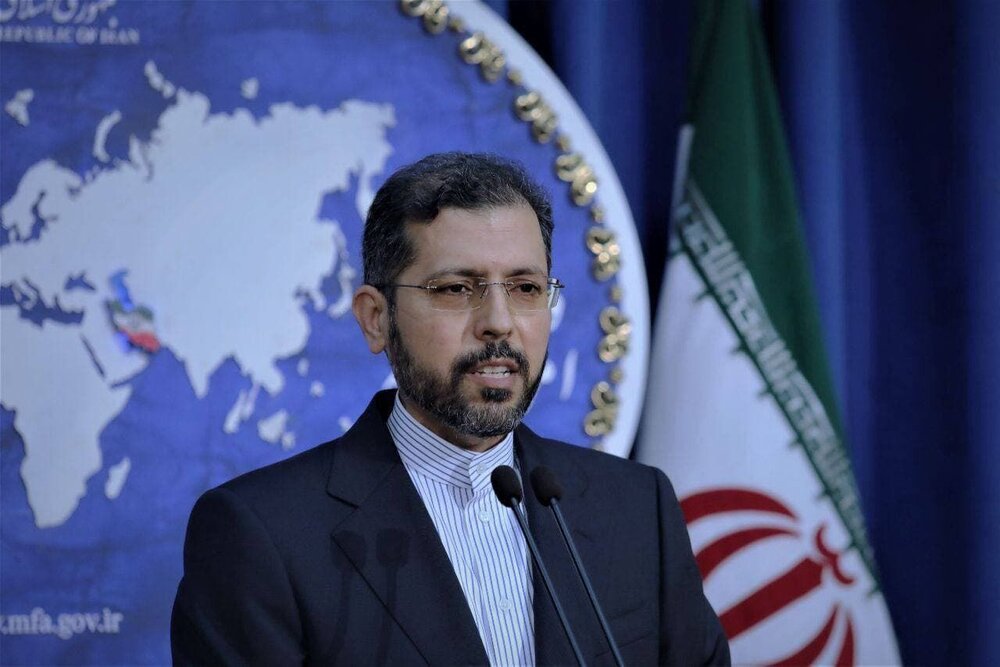 TEHRAN — Iran’s Foreign Ministry spokesperson said the environment in West Asia is in a situation that everyone should take seriously.

In response to a question on the issue of Iran’s water rights in the Helmand River, Saeed Khatibzadeh said: “The West Asian region suffers from a lack of environmental standards due to years of war and bloodshed, particular climatic conditions and pressures on the soil and groundwater resources of the region.

He asked reporters to speak to environmental experts about it.

“Be sure to speak to those who know about this problem. The issue of the environment is an issue that everyone in the region should pay attention to together.

He also informed reporters that in July, Tehran will host environment chiefs from countries in the region to discuss water, environment and sand and dust storms.

“We have binding treaties with some countries, including Afghanistan. We do not sign pacts with governments, nor with governing bodies and systems in the short or long term. We sign pacts with the political structures of the government. The systems will independently agree or sign bilateral treaties,” he added.

The spokesperson noted that in 1973, a binding agreement was signed between Iran and Afghanistan, and this agreement has an arbitration clause and binding parties for whoever rules Afghanistan.

“Of course, we have always tried to move forward with our neighbours. Referral to the competent authorities or clauses included in the arbitration award is the last resort and we hope not to go in that direction at all,” he noted.

Responding to a question from the Tehran Times that the Turkish Foreign Ministry spokesperson said Iran’s remarks on Turkish dams were unscientific, Khatibzadeh took the remarks with a grain of salt, but praised Turkey’s cooperation in this regard.

“We entrust science to scientists and we help each other solve common environmental problems,” he said, adding, “I welcome Turkey’s cooperation. We must try to take executive action for the region and solve the problem of water, environment and sand and dust storms together.

Iran and some other countries, including Syria and Iraq, have blamed the construction of many dams in Turkey, partly responsible for the dust storms.