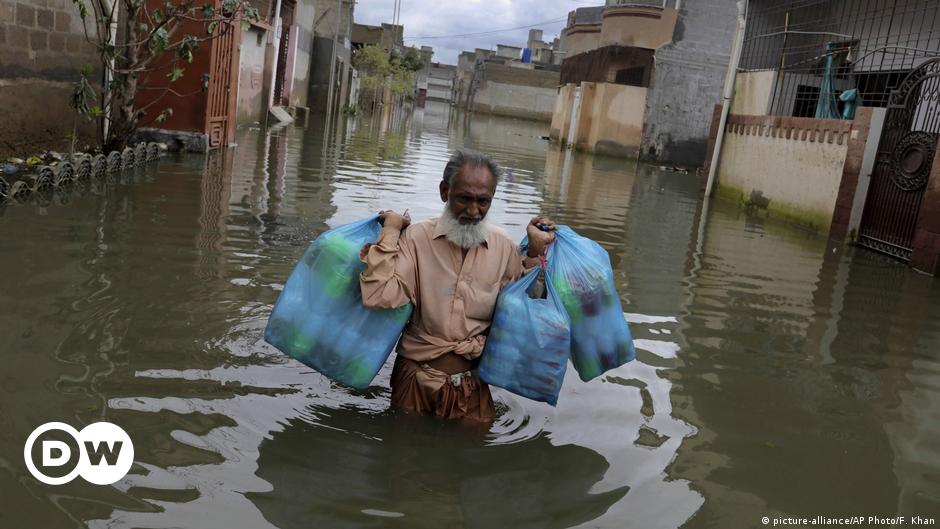 Pakistan: Climate change and environmental problems stymie government | Asia | An in-depth look at current events from across the continent | DW

The southern port city of Karachi has been plunged into chaos. Residential and commercial areas were inundated and power outages disrupted life for days.

The Islamabad government says it plans to take action, but Pakistan’s climate change challenge is daunting.

Arid Pakistan has faced stronger monsoons than has been seen in the past.

The Arabian Sea has also warmed, with the average surface temperature dropping from 29 degrees Celsius (84.2 degrees Fahrenheit) to 31 degrees in just two years, according to Memon.

This has fueled the formation of sea-pushing storms in coastal communities. “The Indus River Delta has been severely affected by the marine intrusion which is affecting people’s livelihoods,” he said.

Mohammad Ali, environmental activist and president of the Pakistan Fishermen’s Forum
Shah told DW that the problem in the Indus Delta is being exacerbated by the construction of dams.

One estimate shows that one hundred acres of arable land is destroyed every day due to the intrusion of the sea, according to Shah. Mangrove forests are also disappearing.

â€œWe have planted over a billion trees. In 2014, the total forest area of â€‹â€‹the province was only 20%, it is now 26%, â€district forestry officer Shakeel Ahmed told DW. “We will get more plants from the federal government’s $ 10 billion tree project which will further increase forest cover and help improve the ecology of the province.”

Smog is another big problem in Pakistan’s industrial province of Punjab, where winters in the provincial capital, Lahore, are suffocated by smoke. Thousands of brick kilns are contributing to the problem, and authorities say they are tackling the problem.

â€œThere are 359 industrial units contributing to pollution in Lahore which are currently monitored. Zigzag technology was introduced for brick kilns a few years ago and 33% of brick kilns have already been converted to the technology, â€Ijaz said.

The government has also made efforts to promote electric power and mobility to reduce overall emissions and improve air quality. “We have developed an electric vehicle policy, aiming to have 150 buses powered by electric batteries,” Orakzai said. A station has already been installed in the national capital, Islamabad.

The government has also abandoned two coal-fired power projects and is trying to generate 30% of total electricity from renewable sources in the coming years. â€œIf we add hydroelectric projects, the total renewable electricity production would be around 60%,â€ according to Orakzai. 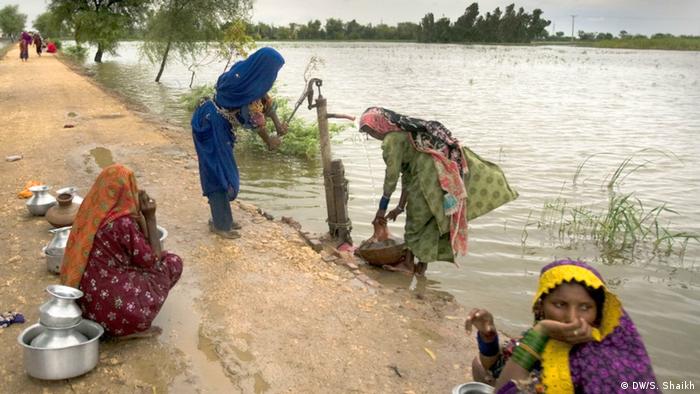 Government initiatives are not enough

“There is no point in simultaneously launching tree planting campaigns and promoting charcoal. We have to switch completely to wind and solar,” he said.

Lahore-based analyst Ahsan Raza added that there had been problems with the implementation of the initiatives.

“Imported plants are being planted which could harm the environment. No environmental impact assessment of these plants is carried out. The government is planning urban river and seaside developments, which portend more environmental disasters,” Raza said. .

â€œIn Punjab, they are restoring the biodiversity of the Ravi river basin and proposing an anti-smog policy in the province and promoting the vertical development of cities, leaving more space for parks and plantations. Similar policies are also being implemented at KP, â€he said.

“These policies will take some time to show their impact, but there is no doubt that the government appears sincere in tackling the problem of environmental pollution.”