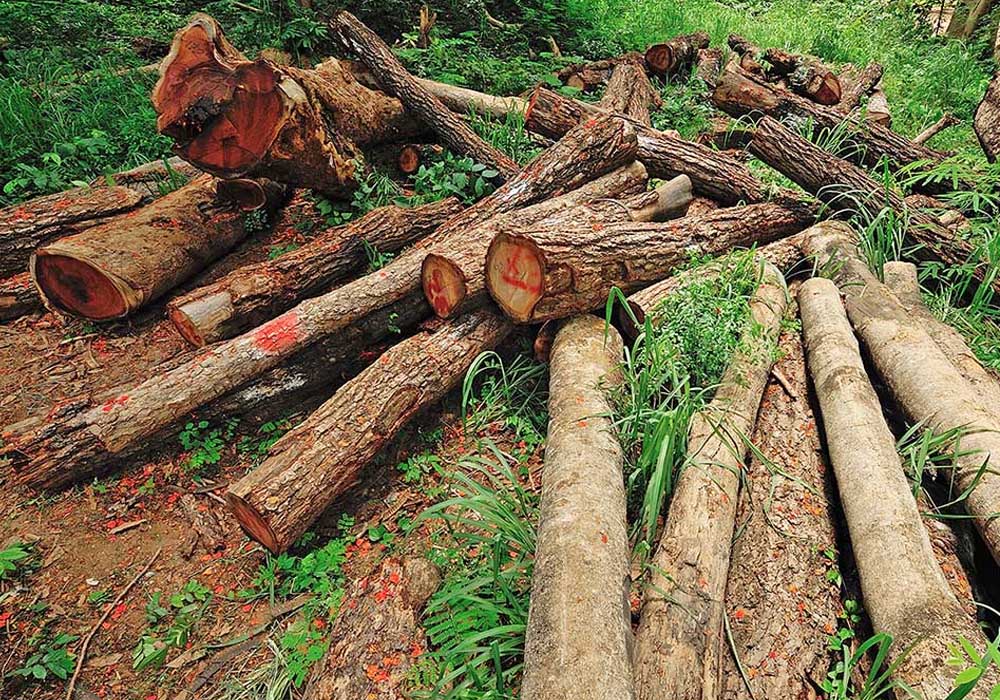 Pakistan faces a plethora of environmental problems due to deforestation

The world community celebrates today the International Day of Forests (IDF) [March 21]with the theme “forests and sustainable production and consumption”, committing to efforts to protect and preserve forests.

The day is celebrated annually after the United Nations General Assembly on November 28, 2012 declared March 21 the International Day of Forests, to raise awareness of the values, importance and contributions of forests to balancing the cycle. of life on earth.

Amid the growing threats of global warming due to climate change, the concept of preserving and increasing forest cover has gained prominence around the world. Forests are considered crucial for global sustainable development, but the situation in Pakistan is not ideal as massive deforestation has been observed over the past two decades.

A report by the World Wide Fund for Nature (WWF) in 2020 described a very horrific situation, saying that Pakistan is the second country in Asia after Afghanistan, where more than 27,000 hectares of forests are destroyed every year. He also said the country has less than 5.7 percent of area covered by forests, which is well below the recommended coverage of 25 percent.

However, statistics on Pakistan’s forest cover are disputed as the Food and Agriculture Organization of the United Nations (FAO) places it even below 2.2% of total land. There are other reports indicating that this area is even less than two percent.

According to Global Forest Watch, from 2001 to 2020, Pakistan lost 9.68 thousand hectares (kha) of tree cover, which is equivalent to a 0.99% decrease in the country’s total tree cover. The GFW report further states that during this period, Punjab province lost 434 ha of tree cover, which equates to a 1.2% decrease in tree cover and 125 kt of CO2 emissions. . In Punjab, the first two regions were responsible for 77% of all tree cover loss between 2004 and 2007, with Lahore recording the greatest tree cover loss at 53 ha against an average of 15 ha.

Experts believe that if the situation continues, it will further increase landslides, flash floods, drying up of water sources, erosion of fertile soils, sedimentation of reservoirs and desertification in Pakistan.

Adequate forest cover is not only necessary for a balanced ecosystem of any country, but it also affects the geological conditions of any region. On several occasions, it has been observed that deforestation has become one of the causes of land instability in different parts of the country, especially in the northern regions where a landslide is mainly attributed to deforestation.

World Wildlife Fund Pakistan (WWF-Pakistan) Climate Change Director Dr. Masood Arshad believes that forest management has remained a problem and has become a reason for deforestation in the country.

In an interview with Minute Mirror, he said most of the forests here are owned by local communities and managed by forest departments. For sustainable protection, the most appropriate model would be the joint forest management system.

“Management of forest resources under REDD+ (emissions from deforestation and forest degradation), the most important model being that of a tiered payment for environmental services (PES) system consisting of” convey “carbon mitigation responsibilities and credits across scales.

As we know, Arshad said that Pakistan is a forest-poor country and the real needs must be more than 10 billion trees. However, he said that for this purpose, there was a need for financial and human resources.

Masood, for WWF-Pakistan, agreed that forests play a crucial role in mitigating the urban heat island effect as a sink and source of carbon emissions. “After the oceans, forests are the world’s largest carbon reservoirs. Likewise, deforestation is the largest source of carbon emissions after burning fossil fuels,” he said. He went on to say that in one year, an acre of mature trees absorbs the amount of CO2 produced by driving a car 26,000 miles.

Additionally, Masood insisted that citizens play their part in reducing the carbon footprint by bringing about a change in our traditional behaviors and infrastructure as well as tree plantings.

The Chairman of the Department of Geography at the University of Punjab, Dr. Safdar Shirazi, believes that deforestation is one of the major causes of global climate change due to carbon sequestration.

Speaking to Minute Mirror, he said that despite the PTI government’s efforts in restoration/reforestation across the country through its ‘billion tree tsunami’, forest management is not in an ideal state, mainly in because of the daily consumption of wood for several purposes.

Speaking of forest sustainability, Shirazi highlighted the need to restore/rehabilitate forests that have been on the verge of extinction. However, he hoped that the 10 billion tree project would certainly improve tree cover.

“It can be hoped that by using better management of soil as well as in space, forest management will be better in the future,” Shirazi added.

In many parts of Pakistan, residents have experienced vulnerability to heat waves, which experts say is a result of deforestation.

However, Dr Shirazi maintained that heat waves and high temperatures were not usually caused by low vegetation cover.

“There are a number of other contributing factors such as sealed surfaces, building geometry, wind movement and direction. These two factors (weak vegetative creek and climate change) can add their contribution to the improvement of heat waves, but not the main cause,” he said, adding that a severe heat wave is declared when there is a deviation of 6.5 degrees Celsius or more from normal temperatures while high humidity is also a factor that can add to its severity.

“A general principle is more trees, more CO2 absorption by trees, so if the process of deforestation continues as in many parts of the world, we will probably have visible impacts on geographical conditions,” said Shirazi and added that if the situation continues then we may face loss of unique habitat for endangered animal/plant species, loss of potential medicinal plants.

Among the United Nations Sustainable Development Goals (SDGs), SDG-15 highlights the importance of forestry as it is crucial for global sustainable development, affecting both the natural environment and economic prosperity.

According to the United Nations, poor management, illegal logging, overgrazing and exploitation of natural resources are the reasons for the highest deforestation in Pakistan. In its report, the United Nations organization indicates that Pakistan is losing 1.5% of its forest area and that the situation has repercussions on the country’s biodiversity and environment. Amid the current climate change scenario, Pakistan needs to conserve its native forests.

Punjab’s Environment Minister Muhammad Rizwan said the government was taking all possible measures to protect the province’s forests, knowing it was the urgent need of the times.

Speaking to Minute Mirror, he said the mission of a clean and green Pakistan cannot be fulfilled without increasing the country’s forest cover and that is why the department is committed to helping all departments to make efforts to bring about the green revolution.

“There is no doubt that the massive deforestation over the past decades has had a negative impact on the country’s geoclimatic conditions while it is among the main causes of the country’s environmental degradation,” he said. he said, adding that Punjab’s green development program is aimed at controlling the environment. degradation by increasing forest cover in the province.

Samiullah Randhawa is a correspondent covering the environment, climate change, food, water and ecology. He is an alumnus of the International Center for Journalists and a Fellow of the Kettering Foundation Ohio, USA. He has won two Agahi Awards for his reporting on climate change and the water crisis. He tweets @sami_randhawa and can be reached at [email protected]

Can maize solve its environmental problems?