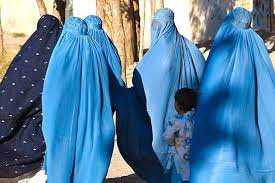 Due to excessive exploitation of natural resources and deforestation by Islamabad, the ecology of Pakistani-occupied Kashmir (PoK) is in grave danger. Residents of the illegally held area have expressed concern over the indiscriminate felling of trees for timber, which is causing environmental deterioration and unusually hot temperatures. Former Muzaffarabad District Council Administrator Khursheed Hussain Kiyani blamed the creeping depletion of natural resources for bringing the already fragile ecology to the brink of collapse, but the Pakistani government continued to ignore the situation. “It is essential to preserve the trees.” Tree removal resulted in high temperatures. The felling of trees must be stopped. Wood preservation is the most essential issue,” he said.

“A lot of promises were made that the government would create artificial lakes in the area, but no lakes were built,” he added. Kiyani also expressed concern that the government has not made arrangements for accommodation and other facilities to attract tourists to the area. Locals blame it on poor electricity supply and bad roads, and the tourism sector in the region has not realized its true potential under Pakistan’s illegal occupation. Pakistan has unrestrainedly abused the natural resources of the occupied region and built several dams and diverted the natural course of rivers. He even allowed the timber mafia to operate openly in the area and cut down trees in a rampant manner. Local residents have even protested Islamabad’s discriminatory policies for misusing the region’s natural resources for its own gain.