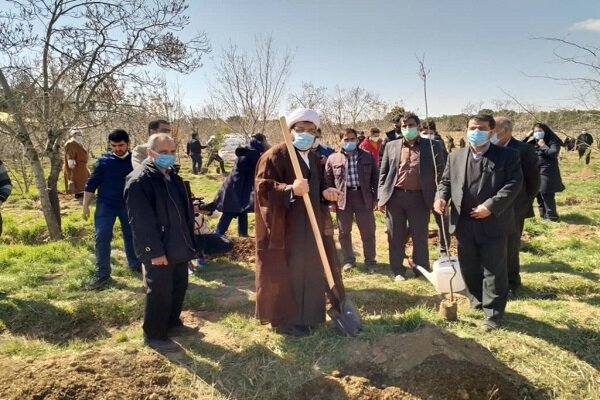 Environmental issues would bring a lot of danger to future generations and highlight the need for people to be informed.

“Without a doubt, in a time when industrial and non-industrial pollutants as well as thermal inversions have caused pollution of the air and our environment, one of the ways to solve or reduce this air pollution is to expand green spaces and tree planting,” Mr. Haghani, a senior environmentalist, said.

Regarding people’s awareness of this issue, the environmentalist believes: “Despite the fact that most people have enough knowledge and information on this issue, they do not believe in the importance of planting trees. ‘trees in the fight against global warming’.

According to him, people will realize the seriousness of the problem when they see celebrities and prominent figures in society doing something about it.

On the role of eminent personalities, he added, “Among the celebrities who have come to help save the environment and natural springs by planting trees and expanding green spaces, there are few people to name in Iran. Football legend Ali Daei and actress Mitra Hajjar among others as well as Shahab Moradi are the ones who have taken serious steps by planting hundreds of saplings and developing green spaces”.

Haghani also highlighted some of Shahab Moradi’s activities saying, “Shahab Moradi is one of the people who comes every year with at least 300 of his students in the fields of natural resources since 2015. I am not exaggerating if I say that they planted thousands of trees. Trees that have been planted in different areas are now seen tall and green. One of the virtues of Shahab Moradi is to carry out this action in different cities of Iran in different seasons over the years”.

Another important point about him is that he has always mentioned the importance of planting trees and expanding green spaces in the country and has repeatedly emphasized this important issue in television programs. This is a question that other famous and popular figures among people should pay attention to.

Getting rid of an old car? Environmental issues often go hand in hand