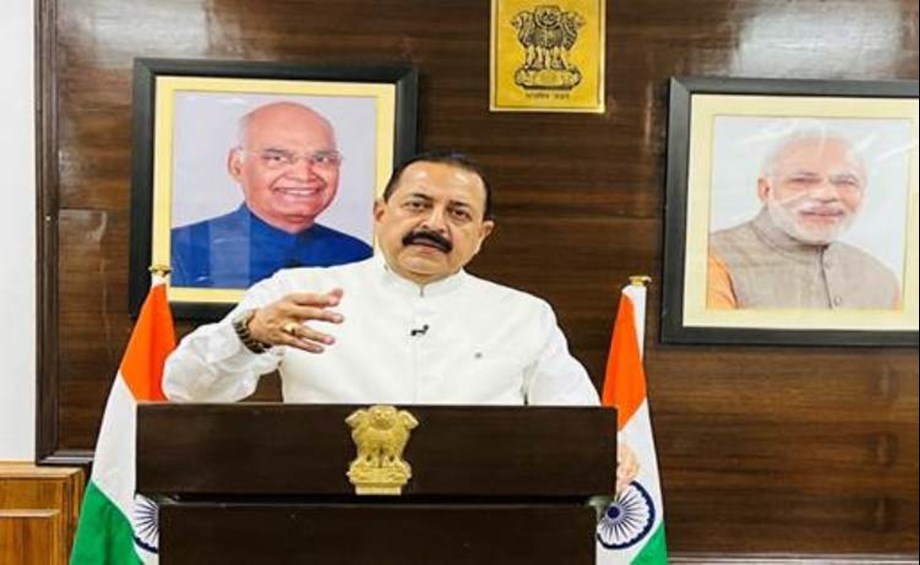 Addressing the SCO meeting in virtual mode, Dr. Jitendra Singh said member countries must jointly address emerging challenges of environmental issues such as climate change and biodiversity loss. The Minister conveyed his best wishes for a successful summit in the historic city of Samarkand in September 2022 under the chairmanship of Uzbekistan and assured India’s full support and active participation in all jointly agreed activities to be organized at the SCO summit in Samarkand.

Dr Jitendra Singh recalled that Prime Minister Modi at the SCO summit in Dushanbe in 2021 called for making the region a part of emerging technologies so that it can compete with the developed world. He said, “For this, we need to encourage our young talents towards science and rational thinking”, and added that this type of thinking and innovative spirit can be promoted by connecting our young entrepreneurs and start-ups.

Dr. Jitendra Singh pointed out that due to a constant push for research and innovation, India has reached the 3rd position in scientific publication according to NSF database. The country is among the top 50 innovative economies in the world (ranked 46th), according to the Global Innovation Index (GII) and it has also reached the 3rd position in terms of number of PhDs, size of the system of Higher Education ; as well as in terms of the number of start-ups, added the Minister.

Dr. Jitendra Singh informed fellow Ministers that India has recently launched several flagship initiatives such as National Cyber ​​Physical Systems Mission; Quantum computing; National Mission on Supercomputing, Deep Ocean Mission, etc. to strengthen scientific leadership in emerging scientific fields. He added that a national program called NIDHI (National Initiative for Development and Exploitation of Innovations) which addresses the whole value chain of innovations has been launched. Moreover, to attract and encourage young women in STEM and to address the gender imbalance in science, several programs focusing on women have been launched by the government.

Dr. Jitendra Singh said that over the past seven years government spending on R&D has almost doubled and in the current budget we have allocated about Rs 14,800 crore to the Ministry of Science and Technology and a budget of ₹50,000 crore was allocated over five years. for the creation of a National Research Foundation (FRN).

Dr. Jitendra Singh India remains committed to environmental and climate causes and pointed out that we have launched the National Hydrogen Energy Mission and several similar initiatives to fulfill India’s commitment at COP 26 to achieve net zero emissions. by 2070 and meet 50% of energy needs from renewable energies. energy by 2030. He said the research and innovation landscape continues to change as contributions to global scientific output from this region gradually increase. He also noted that the ranking of SCO countries in the innovation ladder is improving.

India’s Minister of Science and Technology assured that in times to come, SCO will have global significance as the most populous market driven by the knowledge economy. SCO countries can collaborate to develop joint S&T solutions tailored to local economies.

It is pertinent to mention that the SCO has become a key regional organization in the Eurasian space over the past two decades of its existence, and India attaches particular importance to the SCO in promoting multilateral cooperation in the region. The Shanghai Cooperation Organization represents about 42% of the world’s population, 22% of its land area and contributes 20% of the world’s GDP.