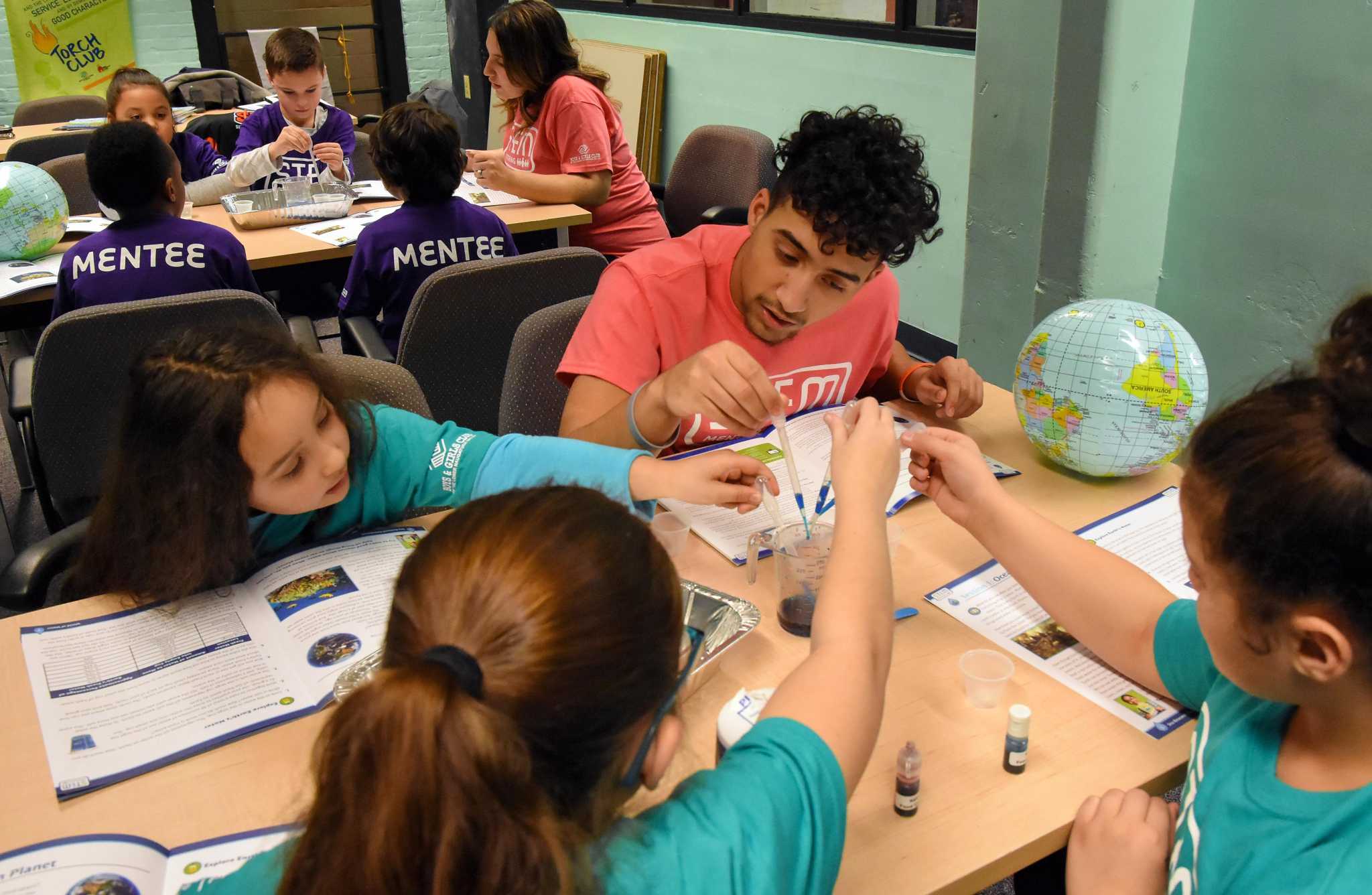 An expansion of a program to engage children in science will try to give them the tools to understand and help solve environmental problems in their own communities.

The initiative, which begins this summer, will build on Mystic Aquarium’s previous programs. Mystic will work with local organizations, including Wakeman Boys and Girls Club in Bridgeport and Fairfield, to identify environmental issues in their own community and develop plans to address those challenges, said Katie Cubina, senior vice president of the aquarium. for mission programs.


“Maybe it’s the water quality in a local stream or the erosion of the beach or the litter,” she said. “Maybe they want to set up a rain garden or a butterfly garden or maybe they want to be part of a national citizen science program that monitors horseshoe crabs or amphibians.”

Cubina said the initiative stems from a desire to work with young people on things happening in their communities, instead of transplanting issues that concern the aquarium.

There is a significant environmental justice issue in underserved and high-needs communities, Cubina said, and what works in one community may not necessarily work in another. She said the organization wants to be respectful of people’s lived experiences and work collaboratively and strategically with youth and adults at each site, as well as other community members.

“That’s something we’re really launching this summer with a peer-to-peer leadership and environmental stewardship academy,” she said. “We bring in groups from across the country who are on our program to participate in these intense, week-long workshops.”

Mystic will also visit sites, such as the Wakeman Boys and Girls Club, with resources to help them learn about environmental issues and advocacy. .

James Murphy, character and leadership program director at Wakeman, said the partnership between his organization and Mystic is excellent.

The two groups have worked together for many years.

“Every year we take a big group there,” he said. “We’re lucky because it’s a nationwide program. But we only have an hour to drive.

Wakeman teens can also take an overnight trip to the aquarium where they meet young people from other cities and states. Murphy said they would take what they learn back to Bridgeport, which is important because it’s a coastal city.

Murphy said the program is usually only offered in Bridgeport, but will also be offered in Fairfield this year. This will allow Wakeman to bring children from each community together, which he says is important so they can learn from each other.

He said kids are introduced to STEM early at Wakeman, allowing them to progress through programs as they get older, with the goal of getting them to start thinking about going to high schools, colleges or science-based trade schools.

“We try to provide access at a young age,” he said. “So that it’s always on their minds as the next step.”

Murphy said kids who have gone through programs like this in their clubhouse have ended up at great universities.

“That’s always what’s important to me,” he said. “No matter what city you’re from or where you are, you should always have access to it.”

Cubina said the Sea Research Foundation, which operates Mystic, has received grants from the U.S. Department of Justice’s Office of Juvenile Justice and Delinquency Prevention, which aims to create mentorship programs for youth in communities. in need.

The grant helps Mystic invest more than $1.5 million in participating communities to support their work locally, an average of $30,000 per site, Cubina said. The money will cover local staff time, travel costs, and all training, curriculum, and supplies needed to successfully implement the program.

Cubina said Mystic has developed a program that introduces young people to STEM, adding that each site the aquarium works with will recruit up to 24 young people between the ages of 6 and 10, as well as community-based teen mentors.

“The content of the program is really fun and hands-on surveys because when you work with young people outside of school, kids choose to opt in and opt out of these programs,” she said. “Must be fun if the kids want to do it.”

Those who go through the program really enjoy it, Murphy said, adding that the mentor-mentee relationship is a crucial part.

The program will also provide career role models, Cubina said, so young people can see there is a place for them in these fields.

She also sees the program helping children to be their own agents of change. She said the goal of the program is to make children understand that everyone benefits from protecting, restoring and conserving wild places.

“They hear all this unhappiness and they really want to make a difference,” she said. “They have the power to do that, and part of the workshop we’re going to do with them is Advocacy 101, because local leaders want to hear from kids much more than they want to hear from adults.”