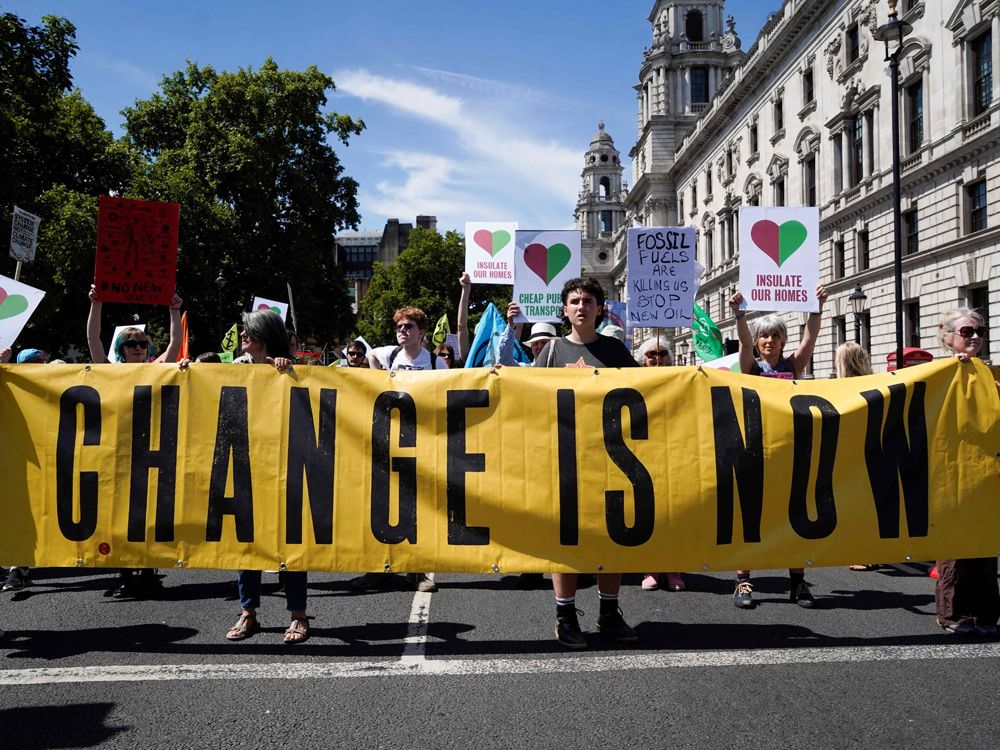 Why climate change is different from other environmental issues

Twitter recently decided I needed to see an exchange between angry greens and devious conservatives that looked something like this. Smirking Conservative: The Greens have been telling us for decades to panic about overpopulation, acid rain, pollution, the ozone layer and now climate change. Yawn. Angry Greens: Yes, but that’s because we took action and solved all these problems, but now we’re ignoring the climate crisis because the good Tories who cared about it are all gone and now all we have is this are bad conservatives who hate the planet (and are stupid).

Twitter is a factory of slogans, insults and low blows, but unfortunately it also seems that a lot of journalists form their opinions on things, so it is worth talking about. For context, as the above exchange unfolded, the news from Reuters was “Global coal-fired power generation in 2021 hits record high.”

Is it because stupid planet-hating conservatives are in charge everywhere? Barely.

The laws of the economy are in effect everywhere, which is why political leaders on all sides (including the Greens) are now ordering their coal-fired power plants to reopen and run at full capacity. They desperately need energy and the alternatives are much more expensive.

Regarding the Twitter feed, there are two questions to ask. First, do conservationists have a history of exaggeration, and second, why aren’t we stopping climate change even though we’ve tackled all these other issues? My answer to the first is yes: they are engaged in political advocacy and they use alarmism to get attention. The failed apocalyptic predictions of people like Paul Ehrlich and Al Gore have been documented elsewhere. I have written many times about how this impacts on the issue of climate change in terms of claims such as floods and storms, extreme weather, wildfires, economic growth, etc. The green movement has gotten a lot of political traction over the years. announcing the end of the world, but people are turning away from it now, for valid reasons.

On the second issue, we don’t address climate change the way we did, say, acid rain because the costs and benefits of action are completely different. Simply put, for some of the earlier environmental problems there were emission control options that provided dramatic improvements at low cost. In the case of carbon dioxide, control options are expensive and accomplish little. Hence the difference.

Canada, like most industrialized countries, once had a problem with high levels of carbon monoxide (CO, not CO2) in our cities. In the mid-1970s, 84% of urban air quality readings in Canada violated health standards for carbon monoxide. But technology was developed (primarily catalytic converters for automobile tailpipes) that dramatically reduced emissions at low cost. Problem solved. As my colleague Elmira Aliakbari and I showed in a 2017 report published by the Fraser Institute, data from Environment and Climate Change Canada (ECCC) shows that ambient carbon monoxide levels have fallen by 90% from 1975 to 2015, and since 2011 no monitoring sites anywhere in the country have shown carbon monoxide violations. This happened despite economic growth of 240% and the tripling of the size of the vehicle fleet.

The story is similar for sulfur dioxide, which is linked to acid rain, and fine particles, which contribute to smog. Technology in the form of stack scrubbers and process methods that remove sulfur at the refinery stage has significantly reduced both types of emissions. Eliminating lead from gasoline also eliminated lead from the air. Stratospheric ozone depletion was linked to the use of chlorofluorocarbons (CFCs). By the time the problem was discovered, relatively inexpensive substitutes were available, so CFCs were banned in 1987 under the Montreal Protocol.

Then, around 1988, the conversation turned to carbon dioxide and global warming. Despite some early hopes that a global treaty like the Montreal Protocol could work the same magic, it quickly became clear that the economics were very different. Carbon dioxide is closely related to the use of fossil fuels, but there are no scrubbers or catalytic converters capable of capturing it before releasing it. Large-scale global emission reductions would require large-scale global reductions in fossil energy uses for which there are no feasible alternatives. And even aggressive emissions cuts would barely affect global CO2 concentration for a century due to the size and slowness of the natural carbon cycle. Meanwhile, the socio-economic costs of warming, despite green alarmists, have proven small, especially compared to the benefits of energy-driven economic growth. Climate models have overestimated atmospheric warming for decades, while the IPCC (and many climatologists) have been arrested for using deliberately exaggerated emissions forecast scenarios.

This is why we have not yet, and probably never will, respond to the climate issue as we have to acid rain, urban smog, and other past environmental issues. The costs and benefits of feasible policy options differ. It’s not politics, it’s economics.

Ross McKitrick is Professor of Economics at the University of Guelph and Senior Fellow at the Fraser Institute.

Sign up to receive the best daily stories from the Financial Post, a division of Postmedia Network Inc.

Thank you for your registration!

A welcome email is on the way. If you don’t see it, please check your spam folder.

The next issue of Financial Post Top Stories will soon be in your inbox.

We encountered a problem during your registration. Try Again